1841 Proclamation to the Saints Scattered Abroad 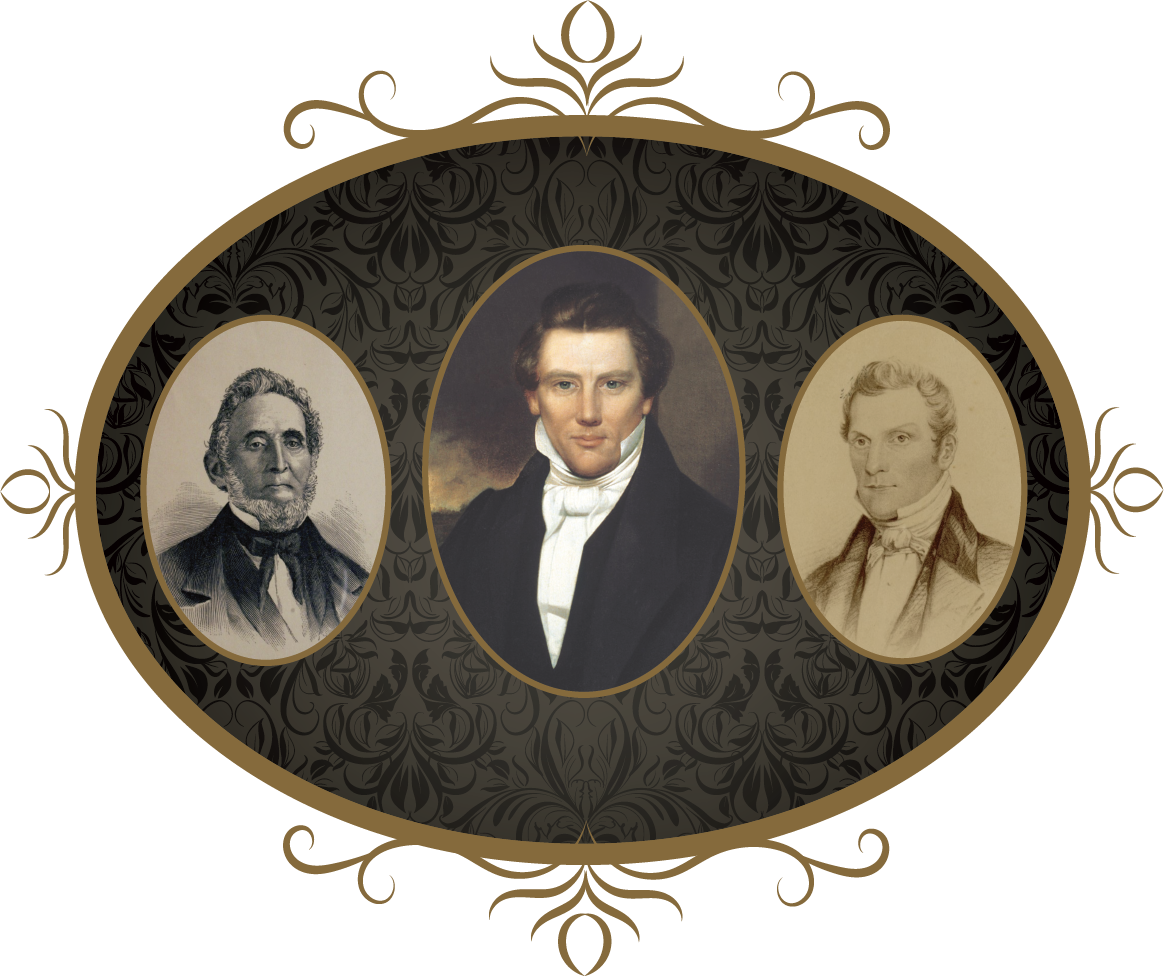 At the end of 1840, there were a little more than 17 million people1 living in the United States. William Henry Harrison had recently been elected as President of the United States and was about to be inaugurated to replace Martin Van Buren--a change which may have pleased some members of the Church, given President Van Buren’s refusal to assist the Saints after the violence they experienced in Missouri. The nation was still suffering the aftermath of the Panic of 18372, which made capital scarce but land relatively inexpensive. At this time, the religious landscape in the United States has often been described by historians and cultural commentators as a “free marketplace of religious ideas,” with numerous Christian sects and denominations multiplying rapidly. It was also a time of intense millenarian focus, with popular preachers--such as William Miller3 and others--and believers looking forward with great anticipation to what they believed was an immanent Second Coming of Jesus Christ to usher in a millennial era of peace upon the “new earth” promised in the Christian Bible.

The Church’s total membership stood at 16,8654. About 3,000 people lived in Nauvoo--a newly chartered township on the western border of the state and the nation at that time. Many of these inhabitants, of course, were Latter-day Saints, and more were arriving in a steady stream. In contrast to the turbulent persecution the Saints had recently escaped in Missouri, Nauvoo was described by one non-Latter-day Saint writer in the Sangamo Journal as “favorable to a calm and serene temper, and a devotional frame of mind.”5 Houses and buildings were arising all over the swampy plain and bluffs on the banks of the Mississippi River. Despite illness, occasional food shortages, and sometimes inadequate shelter, members of the Church had experienced miracles and been reassured on numerous occasions that God was still with them and guiding their leaders--there was a general positivity that seemed to prevail in the area.6

In these circumstances, the First Presidency of the Church felt impressed to issue a formal Proclamation, the first of its kind, to the “saints scattered abroad” on January 15, 1841. The First Presidency at this time consisted of Joseph Smith (First elder of the Church since 1830 and President since 1832), Sidney Rigdon (counselor to Joseph Smith since 1832) and Hyrum Smith (Joseph’s brother, and counselor since 1837). Joseph’s and Hyrum’s uncle, John Smith, had also been serving as an “assistant counselor” in the First Presidency since 1837, although he is not a signatory on the 1841 Proclamation. Most of the members of the Quorum of Twelve Apostles at this time were serving missions in various places in the United Kingdom, except for William Smith (who was still in Illinois) and Orson Hyde and John E. Page (who were preparing to embark for the Holy Land).

This Proclamation addresses several important themes for Latter-day Saints. While rumors circulated that Latter-day Saints were not good citizens and held religious, social, and economic views that were antithetical to republican democracy, this Proclamation reasserts the attitude and desire of the Church and its leaders to be good citizens and obey the laws of the land. Although the First Presidency openly expresses disappointment in the behavior of government officials in Missouri, this Proclamation lauds the government of Illinois as embodying the principles that guarantee the rights of all citizens according to the United States Constitution.7 To reciprocate this goodwill, the First Presidency speaks of the newly chartered Nauvoo Legion as a means “to show our attachment to the state and nation, as a people, whenever the public service requires our aid” (Times and Seasons, January 15, 1841, p. 274).

While the announcement to build a temple in Nauvoo had been made in August 1840, construction would not begin until the month after this Proclamation was issued. Just a few months before this Proclamation was issued, Joseph Smith had introduced the subject of baptism for the dead to the Saints at the funeral of Seymour Brunson. Consequently, Church members had been participating in these ordinances for their deceased ancestors in the Mississippi River.8 Interestingly, this Proclamation does not mention the building of the Nauvoo Temple in connection with the salvation of the dead directly. Rather it declares that the temple is essential for enabling the Saints to “worship the God of their fathers, according to the order of His house and the powers of the Holy Priesthood, and will be so constructed as to enable all the functions of the Priesthood to be duly exercised, and where instructions from the Most High will be received” so Church members will be enabled “to emulate the action of the ancient covenant fathers and patriarchs, in those things which are of such vast importance to this and every succeeding generation” (Times and Seasons, January 15, 1841, p. 274). Just four days after this Proclamation was issued, Joseph Smith recorded a lengthy revelation that also contained instructions regarding the temple that echoed some of these same themes (see D&C 124:24-55).

Finally, this Proclamation affirms the Church’s commitment to education, referring to their hopes for the University of the City of Nauvoo to become “one of the great lights of the world, and by and through it to diffuse that kind of knowledge which will be of practicable utility, and for the public good, and also for private and individual happiness” (Times and Seasons, January 15, 1841, p. 274). Such sentiments bear strong resemblance to the words of the Lord regarding education found in other revelations--D&C 55:4 (June 1831); D&C 88:77-80 (Dec. 1832-Jan. 1833); D&C 130:18-19 (Apr. 1843). This first Proclamation issued by the First Presidency in this dispensation addresses key principles and practices that have continued to shape the faith and lives of Latter-day Saints around the world.

The 1841 Proclamation is referenced at least three times in the Teachings of Presidents of the Church: Joseph Smith manual (2007):

The 1841 Proclamation speaks of the Nauvoo Temple as significantly more than a place where baptisms for the dead will be performed, as important as those ordinances are. Indeed, statements in this Proclamation allude to the coming of significant developments in temple doctrine and practice for Latter-day Saints. Historians Larry C. Porter and Milton V. Backman, Jr., wrote:

The Nauvoo doctrine of Joseph Smith presents a clear and distinctive pattern harmoniously drawing together perspectives on God, humankind, and the eternal elements and purposes of life. The illumination of this new knowledge enabled the Nauvoo Saints to gain an increased understanding of the things of God, to recognize that they were literally the children of God, with the potential of becoming as God. All these teachings were related to each other, particularly through the temple.

The 1841 Proclamation mentions the University of the City of Nauvoo, which was an important initial effort in the Church’s forays into education. As Susan Easton Black observed:

Little evidence suggests that the progressive educational system established in Nauvoo, in a state where public education was in its infancy, had any effect on future educational opportunities in the town.
However, for the westward-bound Latter-day Saints, the University of Nauvoo had a long-lasting effect. The university became a reference point, an inspiration for future educational goals

Also speaking of the importance of the University of the City of Nauvoo on the Church’s long-term educational program, Donald Q. Cannon wrote:

Many of Joseph Smith’s teachings on the principle of gathering the Saints in the last days continue to inspire the Church’s modern efforts in the work of gathering Israel on both sides of the veil. This excerpt from the 1841 Proclamation was included in Joseph Fielding Smith’s widely read Teachings of the Prophet Joseph Smith (1938, 1976) and in Richard C. Galbraith’s revised version, Scriptural Teachings of the Prophet Joseph Smith (1993):

The greatest temporal and spiritual blessings which always come from faithfulness and concerted effort, never attended individual exertion or enterprise. The history of all past ages abundantly attests this fact. In addition to all temporal blessings, there is no other way for the Saints to be saved in these last days, [than by the gathering] as the concurrent testimony of all the holy prophets clearly proves.

This statement on “faithfulness and concerted effort” bringing greater temporal and spiritual blessings than “individual exertion” from the 1841 Proclamation also continues to appear in articles written by Latter-day Saints:

This Proclamation was reprinted in the Latter-day Saints’ Millennial Star , March 1841, 1:269-274:
https://catalog.churchofjesuschrist.org..

This Proclamation was also reprinted in Hallwas, John E. & Launius, Roger D. (1995), Cultures In Conflict : A Documentary History of the Mormon War in Illinois, pp. 24-29:
https://ebookcentral.proquest.com..