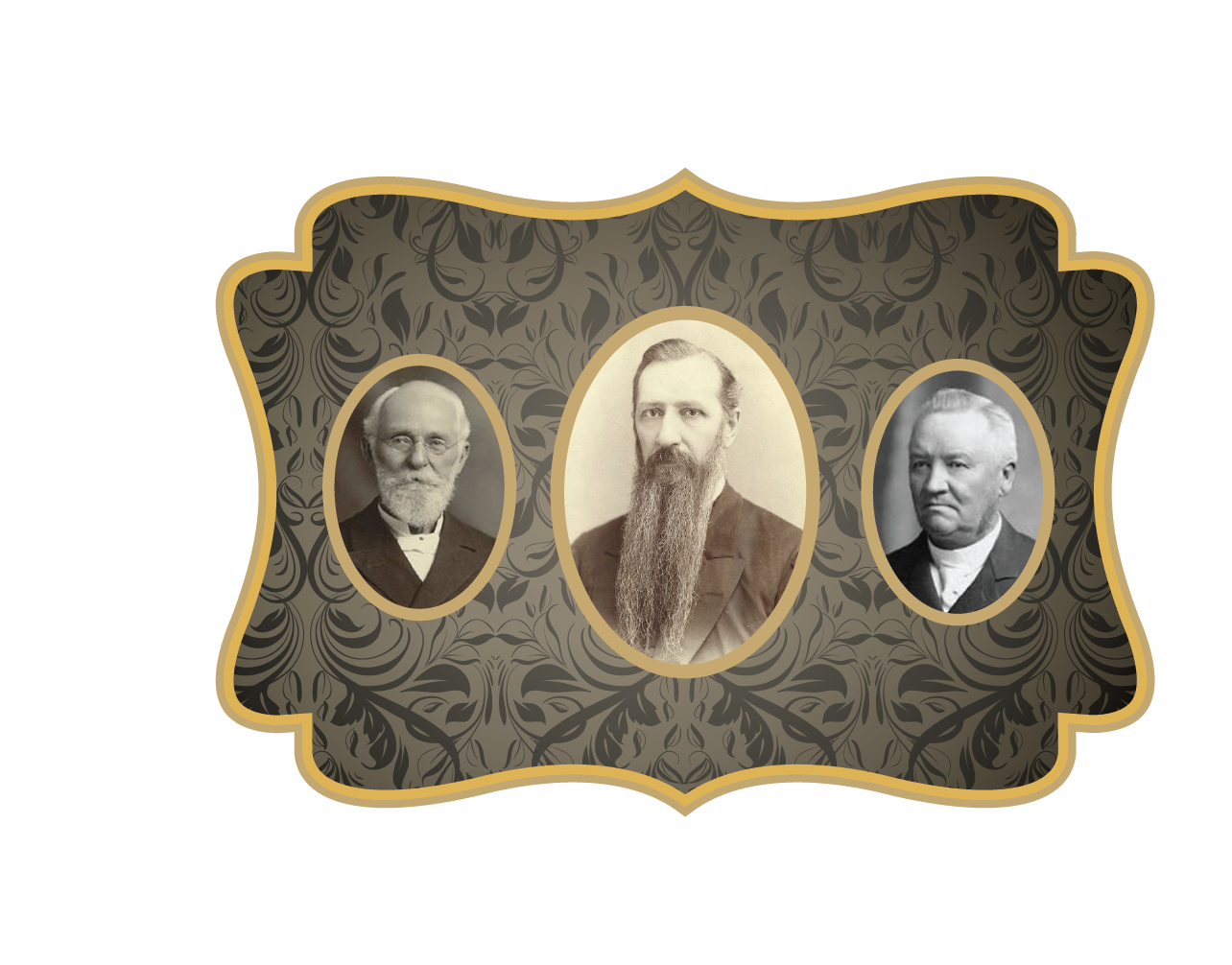 On January 22, 1905, Russian soldiers fired into a crowd of mostly unarmed civilians starting the Russian Revolution of 19051, a period of unrest and rioting that many considered a precursor to the Russian Revolution of 1917. A twenty-six-year-old Albert Einstein also published four papers introducing his theory of relativity, launching the modern era of the study of physics.2 Members of The Church of Jesus Christ of Latter-day Saints who had been disenfranchised by anti-polygamy laws in the 1870s and 1880s were pardoned by President Grover Cleveland in 1894, and they enjoyed favorable status with the popular current President Theodore Roosevelt, who began his second term in March 1905. Nevertheless, the Reed Smoot hearings threatened to remove Elder Smoot, an Apostle in the Quorum of the Twelve, from his Senate seat; and many people following the hearings in the newspapers around the country felt that the hearings were damaging to the Church as well.

While the Church contended with these external matters on a national scale, more local concerns also needed to be addressed. Since the beginning of the Restoration, some people had claimed to receive revelation from God for the Church instead of those who had been duly appointed by the Lord and sustained by the Church.3 This had sometimes caused dissensions from the Church led by individuals such as James Strang, Lyman Wight, William Godbe, and others.4 In 1867, Elder Amasa M. Lyman5 was dropped from the Quorum of Twelve Apostles for aligning with the “Godbeites.” In October 1905, Elders John W. Taylor6 and Matthias Cowley7 tendered their resignations from the Quorum of Twelve Apostles due to their remaining out of harmony with the 1904 statement affirming that no more plural marriages were to be performed in the Church.

Occasionally, some individuals had appropriated texts from Joseph Smith’s revelations to justify their claims to revelation that bypassed or superseded the inspired direction and guidance coming from constituted Church authorities. As stated in the 1905 Exposition, “Perhaps no other passage in the revelations of the Lord, in this dispensation, has given rise to so much speculation as [Doctrine and Covenants 85:7-8]” (Exposition, pp. 1-2). Indeed, by 1905, no fewer than eight individuals had used these verses to identify either themselves or someone else as “the one mighty and strong” who would “set in order the house of God” (D&C 85:7).8 John T. Clark had been excommunicated in May 1905 for making this claim.9 Samuel Eastman was subsequently excommunicated in 1907 for this same reason.10 This possibly explains why this exposition originally appeared in the Deseret News on November 11, 1905, and was then reissued in the October 1907 issue of the Improvement Era. In keeping with the doctrine that the First Presidency has been vested with priesthood keys as the highest quorum of the priesthood to declare the doctrine of the Church, this statement was issued and signed by the members of the First Presidency from October 1901 to March 1910: Joseph F. Smith (President), John R. Winder (1st Counselor), and Anthon H. Lund (2nd Counselor).

Three significant themes emerge from this Exposition that have had a significant impact on the Latter-day Saints. The first is the resolution of the main question of the Exposition regarding the identity of ‘the one mighty and strong.’ The First Presidency offers two possible interpretations as to this individual’s identity. First, it could have been someone who would have been called to replace Bishop Edward Partridge in his bishopric in Zion, Jackson County, Missouri, if he had not repented; however, since he did repent and serve faithfully despite his weaknesses, “the occasion for sending another to fill his station...may also be considered as having passed away and the whole incident of the prophecy closed” (Improvement Era, Oct. 1907, pp. 939-940). The other option is that this passage refers to a future bishop in Jackson County, Missouri, who will be called through the proper channels and duly authorized and sustained according to the laws governing the Church (Ibid., pp. 940-941). It also clearly clarifies who will not be ‘the one mighty and strong’: 1) “His coming will not be the result of a wild, erratic movement or the assumption of authority by a self-appointed egoist seeking power that he may lord it over the people” (Ibid., p. 941); 2) Also, “...this prophecy does not allude in any way to any President of the Church, past, present, or to come. The revelation under consideration does not relate to matters that especially concern the duties of the President of the Church” (Ibid.).

This Exposition also provides a pattern for the Saints in interpreting scripture and prophecy. The First Presidency models several principles as they handle questions about D&C 85:7-8. First, they put the passage in question in its historical context, and provide a thorough analysis of the same. They also drew on other apostolic sources, chiefly the public (and perhaps private11) statements of Elder Orson Pratt, since none of the First Presidency were personally acquainted with the circumstances of the revelation given in November 1832. Finally, in the absence of direct revelatory explanation of the matter, they humbly avoid being overly dogmatic and leave room for further revelation from the Lord through the channels He has appointed to direct His Church on the earth.

A significant number of paragraphs in the Exposition are devoted to perhaps the most important theme of the Exposition, which can be summarized as follows:

...the Latter-day Saints by this time, should be so well settled in the conviction that God has established his Church in the earth for the last time, to remain, and no more to be thrown down or destroyed; and that God’s house is a house of order, of law, of regularity… The presiding quorums of the Church will always be composed of such men, they will be chosen in such a manner, that the Saints can be assured that solid wisdom, righteousness, and conscientious adherence to duty, will characterize the policy of those who are entrusted with the administrative affairs of the Church. (Improvement Era, Oct. 1907, p. 942).

This final point seems particularly relevant since at least 30 individuals have claimed to be ‘the one mighty and strong’ since this Exposition was first published.12 For Latter-day Saints who accept the counsel of the First Presidency as the will, mind, word, and voice of the Lord (see D&C 68:4) and the “the highest council of the church of God” through whom “a final decision upon controversies in spiritual matters” (D&C 107:80) can be obtained, this Exposition resolves the matter until further revelation from the Lord is given.

President Joseph F. Smith continued to teach the doctrines outlined in the 1905 Exposition even when he did not cite it directly. For instance, in the April 1912 General Conference he commented on the central teaching of the Exposition:

I know this, that God has organized his Church in the earth, and I know that when he designs or purposes to make any change in the matter of governing or controlling or presiding over the affairs of his Church, that he will make the change, and he will make it in such a way that the whole people of the Church, who are doing right, will understand and accept it. I know that the Lord will not raise up "Tom, Dick, or Harry," here, there and everywhere, claiming to be Christ, or "one mighty and strong," claiming to be inspired and called to do some wonderful thing. The Lord will not deal with men in that way; that while the organization of the Church exists, while quorums and councils of the Priesthood are intact in the Church, the Lord will reveal his purposes through them, and not through "Tom, Dick, or Harry." Put that in your little note books now, and remember it; it is true.

In 1919 the writings and teachings of Joseph F. Smith were compiled into a book titled Gospel Doctrine. This book was published under the trustee in trust of the Church and was initially used as a course of study for Melchizedek Priesthood quorums. This book was also included among the “Basic Library” of sources used by Church Educational System instructors and as such has continued to be influential. Chapter 21 of this book reproduces verbatim the final two paragraphs of this 1905 statement under the heading “One Mighty and Strong.”

In the 1950s the Church News reprinted the 1905 Doctrinal Exposition in a pamphlet along with other materials. The pamphlet was titled “The one mighty and strong: also, The United Order and law of consecration as set out in the revelations of the Lord; A statement concerning the sons of Aaron; The prophets tell of the spirit and work of Elias.” A copy of this pamphlet is available at the Church History Library.

While he does not cite the First Presidency directly, Elder Mark E. Petersen, in an April 1973 General Conference talk titled “Salvation Comes Through the Church,” noted that the problem of people claiming to be “The One Mighty and Strong” was still current:

Some modern people have created cults of their own, and among them are those who attempt to take refuge in section 85 of the Doctrine and Covenants. They endeavor to say that the Church has gone astray, that the leaders are no longer inspired, and that “one mighty and strong” is needed to take over the affairs of the Lord. And without any evidence of modesty whatsoever on their parts, they themselves volunteer for the position. There is one verse particularly in that section which they fail to consider. It is especially pertinent. It says that apostates and others who have been cut off from the Church will not be found among the Saints of the Most High at the last day. Why? Because salvation is in the Church, not elsewhere.

The Church History in the Fulness of Times Teacher’s Manual suggests making use of this document when teaching about the doctrinal developments and clarifications which were published during the presidency of Joseph F. Smith. It specifically lists this document among nine doctrinal expositions given by the First Presidency during this era.

The Church Educational System has consistently included content from this doctrinal exposition when discussing the meaning of D&C 85:7-8. The following sources show how this statement has been integrated into the CES curriculum:

In summary, the 1905 First Presidency letter became the definitive statement on the meaning of [Doctrine and Covenants 85] verses 7 and 8 and later formed the bedrock for all future commentary written upon the subject. The letter was aimed at apostates who claimed to be the “one mighty and strong,” concluding that either Edward Partridge’s repentance abolished the need for the “one,” or that the “one” would serve at some future day as a bishop in Zion. Finally, the letter identified Bishop Partridge as a man who had attempted to steady the ark. The Presidency did not believe, however, that their analysis of verses 7 and 8 was either comprehensive or final.

The need for the 1905 Doctrinal Exposition has been reinforced over the years as numerous individuals or splinter groups have arisen claiming to be the “One Mighty and Strong.” Many of these have written books publicly declaring such claims, others are less well known. Lists of these claimants can be found in the following locations:

The 1905 Exposition regarding ‘the one mighty and strong’ was first published in the Deseret News, on November 11, 1905, p. 4:
https://news.google.com/newspapers?nid=Aul-kAQHnToC&dat=19051111&printsec=frontpage&hl=en