1889 Official Declaration (A.K.A. Manifesto of the Presidency and Apostles) 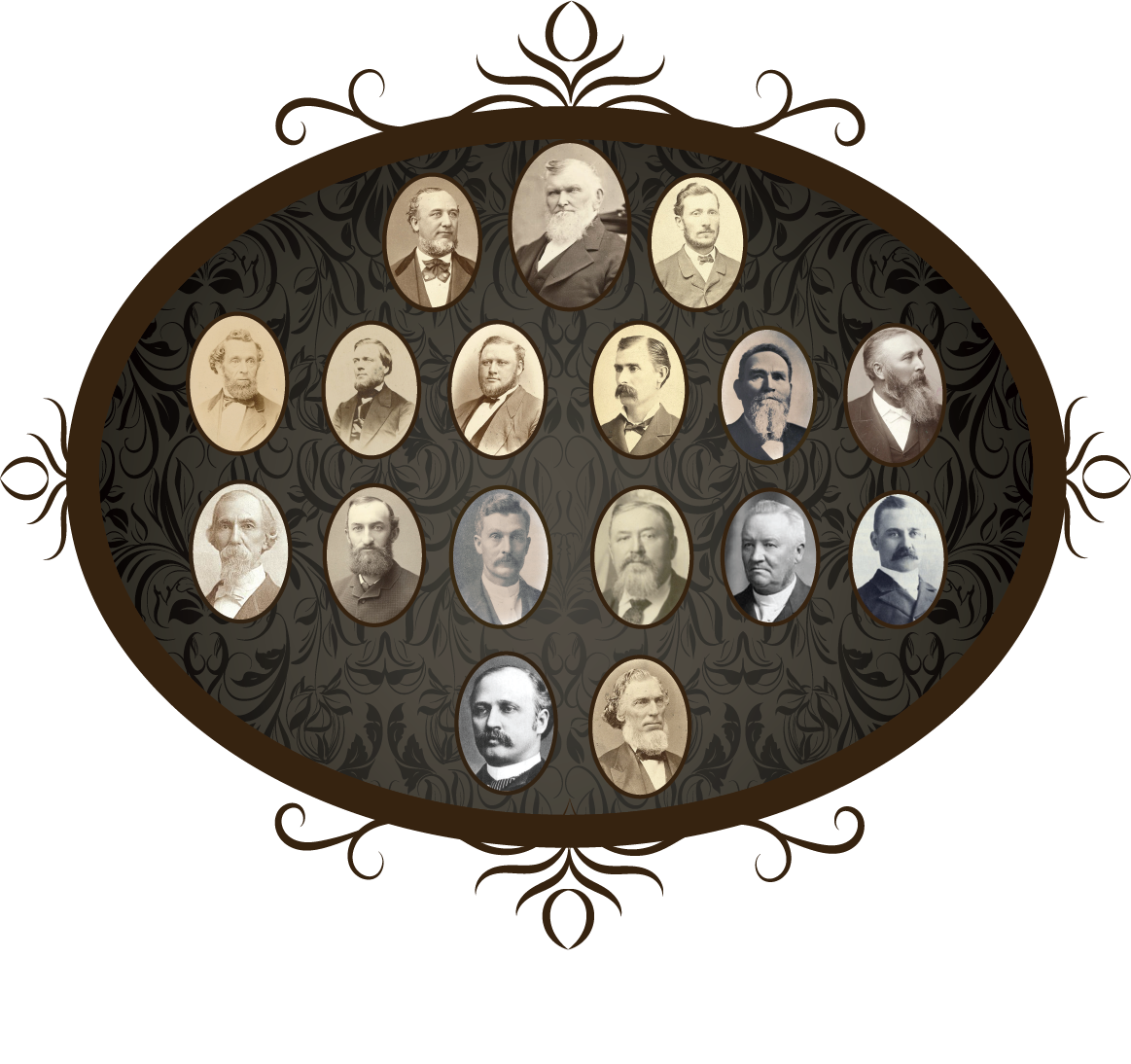 A new era was dawning in the United States of America in the final decades of the 19th century. On September 4, 1882, Thomas Edison’s Pearl Street power station began supplying 400 local street lamps and 85 customers with electrical power. Between 1870 and 1890, railroad track mileage tripled, stimulating national travel, industry, and commerce.1 Mark Twain’s classic, The Adventures of Huckleberry Finn, was published in 1884, fueling a spirit of adventure for Americans young and old. By the end of the 1880s, the United States population had ballooned to over 60 million people, an increase of more than 25% from the beginning of that decade. Benjamin Harrison was inaugurated as President of the United States on March, 4, 1889. Just six weeks later, over 50,000 settlers clamored by wagon, horseback, and on foot to stake their claims in over 1.9 million acres of land in the “Oklahoma Land Rush.”2 Immigration was a significant contributing factor to the growth of the population and to an increasing intention to push the nation further westward.3 National leaders wrestled with how to manage this unprecedented growth and what role the federal government should take in regulating it.4 In November of 1889, more western and Pacific coast states were admitted into the Union: North and South Dakota, Montana, and Washington; Utah was left out yet again, despite being one of the most populous territories of the nation.

The Church of Jesus Christ of Latter-day Saints operated several successful foreign missions throughout the 1880s in continental Europe, Scandinavia, and the South Pacific, encouraging converts to emigrate to the Great Basin to help build Zion in that region. During this decade, total Church membership increased by nearly 55,000, with many of those members living in or emigrating to the Utah territory. The Republican party dominated national politics for the last four decades of the 19th century. Their general attitude toward the Church is typified in this statement from their 1888 Party Platform:

The political power of the Mormon Church in the Territories as exercised in the past is a menace to free institutions too dangerous to be longer suffered. Therefore we pledge the Republican party to appropriate legislation asserting the sovereignty of the Nation in all Territories where the same is questioned, and in furtherance of that end to place upon the statute books legislation stringent enough to divorce the political from the ecclesiastical power, and thus stamp out the attendant wickedness of polygamy.5

Thus, as early as 1879, President Rutherford B. Hayes had issued directives to United States ambassadors to work with foreign governments to prevent “Mormon converts” from emigrating to the United States.6 Later Presidents James A. Garfield and Grover Cleveland expressed similar sentiments.7 Events such as the Mountain Meadows Massacre, the Utah War,8 and the Church’s persistence in practicing plural marriage9 as a matter of religious conviction led many United States leaders to view the Church as indifferent or even hostile toward the government. For example, some people in the East alleged that Church members were behind, or at least in favor of, the assassination of President James A. Garfield in 1881, despite the close relationship between President Garfield and George Q. Cannon, a member of the First Presidency. To demonstrate their loyalty and mourning, Utah territory named a county after the deceased President in 1882.10

Having faced significant physical and political persecution for over a half century, Church leaders determined to issue a “Manifesto” on December 12, 1889, in an effort to set the record straight on some of the “doctrines, aims, and practices of the Church of Jesus Christ of Latter-day Saints” that seemed to consistently trouble those outside the Church. The unity with which this document was issued is underscored by the number of its signatories, which included all the members of the First Presidency (Wilford Woodruff, George Q. Cannon, and Joseph Smith), all the members of the Quorum of Twelve Apostles (Lorenzo Snow, Franklin D. Richards, Brigham Young, Jr., Moses Thatcher, Francis M. Lyman, John Henry Smith, George Teasdale, Heber J. Grant, John W. Taylor, Marriner W. Merrill, Anthon H. Lund, and Abraham H. Cannon), and the two Counselors who had been retained since the dissolution of the First Presidency in 1877 (John W. Young and Daniel H. Wells).

One of the first issues addressed was that Church leaders and members utilize violent means to deal with apostates, or anyone else who opposes them. This seems to be a response to a notion that some have referred to as “blood atonement.”11 Adhering to principles found in Doctrine and Covenants 42:79-87 and 134, the Church reiterates that “offenders against life and property shall be delivered up and tried by the laws of the land,” while Church disciplinary councils are “purely ecclesiastical, and their punitive powers go no further than the suspension or excommunication of members from Church fellowship” (Manifesto, p. 2).

The Manifesto further sought to reassure those outside the Church that nothing in the sacred temple ordinances contained anything “hostile or intended to be hostile to the government of the United States” and that members of the Church “revere the constitution as a heaven-inspired instrument and obey as supreme all laws made in pursuance of its provisions” (Manifesto, p. 2)12. Continuing to clarify the Church’s intended relationship with civil government, the Manifesto declared that it “does not claim or exercise the right to interfere with citizens in the free exercise of social or political rights and privileges,” nor does it “claim to be an independent, temporal kingdom of God” (Manifesto, p. 2). Indeed, “Church government and civil government are distinct and separate in our theory and practice” and the authors of this Manifesto declared their intention to “be in harmony with the government and people of the United States as an integral part of this nation” (Manifesto, p. 3).

However, the Manifesto also clarified that the Church did not view criticism of the acts of United States officials “as treason against the nation or as hostility to the government” (Manifesto, p. 2), but that it regarded “those wrongs as the acts of men and not of the government” to which it intended to “remain firm in our fealty and steadfast in the maintenance of constitutional principles and the integrity of this republic” (Manifesto, p. 3). Finally, Church leaders also protested in the Manifesto that “all attempts to exclude aliens [i.e. immigrants] from naturalization and citizenship from the exercise of the elective franchise, solely because they are members of the Mormon Church, as impolitic, unrepublican and dangerous encroachments upon civil and religious liberty” (Manifesto, p. 3).13

This Manifesto springs out of scriptural precedents found within the Latter-day Saint canon and leads into other important documents14 clarifying the Church’s desire to remain politically neutral and be “subject to kings, presidents, rulers, and magistrates, in obeying, honoring, and sustaining the law” (Article of Faith 12) while simultaneously claiming “the privilege of worshiping Almighty God, according to the dictates of [their] own conscience, and [allowing] all men the same privilege, let them worship how, where, or what they may” (Article of Faith 11). The principles expounded in this inspired document form a vital part of the Church’s foundational commitment to the cause of religious freedom for all today.15

Following the issuance of the 1889 Official Declaration, the First Presidency set apart several men to continue fighting against the false claims addressed in the Manifesto. President Wilford Woodruff’s secretary, L. John Nuttall, was sent to Washington D.C. to work with Utah delegate John T. Caine. On January 4, 1890, Brother Nuttall recorded the following in his journal:

Arrived in Washington went with Brother Caine… talked over matters and mailed the "Official Declaration of the Presidency and Twelve" to the Members of the U.S. Supreme Court.

President Charles W. Penrose, who authored the first draft of the 1889 Official Declaration, was later asked about his views on blood atonement. His answer reads in part:

We believe in "blood atonement" by the sacrifice of the Savior, also that which is declared in Genesis 9:6. A capital sin committed by a man who has entered into the everlasting covenant merits capital punishment…

While President Penrose explains that certain circumstances may justify capital punishment, the Church leaves such legal applications to "the prescribed processes of civil law”.

The 1889 Official Declaration came at a time of political change in the territory of Utah. Its statements of belief in classical liberal government and fair representation both echo the sentiments of the founding documents of the United States of America and set the tone for the political landscape in Utah for decades to come. One author has noted that there is still much to be learned from this inspired document:

[The] process of active political and economic collaboration had begun as early as 1887 and the leadership essentially codified the future direction of political activities in the 1889 Manifesto of the Apostles. The learning process continues today, since some Church members still have not mastered the difference between giving advice on political matters and applying political pressure.

The Church Educational System has consistently included content from this doctrinal exposition when discussing the meaning of D&C 85:7-8. The following sources show how this statement has been integrated into the CES curriculum:

The 1889 Official Declaration fits well into a broader group of documents which discuss the Church’s stance on laws and violence. There probably has not been a single period in the Church’s history when some have not raised questions or condemnations against the Church with regards to its views on laws and violence. The Church has, therefore, responded to such claims at various times. Some examples of these responses include “The Elders in the Church in Kirtland to their Brethren Abroad” (1834), the canonized declaration “Of Governments and Laws in General (see D&C 134)” (1835), and the Church’s condemnation of Ammon Bundy’s Malheur occupation (2016), and “The Church Condemns Violence and Lawless Behavior in Times of Unrest” (2021). This last document includes this statement:

With great concern we observe the political and cultural divisions in the United States and around the world. We condemn violence and lawless behavior… While The Church of Jesus Christ of Latter-day Saints is neutral in matters of party politics, we remind our members—whatever their individual political views—to be united in our commitment to the Savior Jesus Christ and His teachings. As His followers, we should treat one another and all of God’s children with respect, dignity, and love. No political or other affiliation should supersede that covenant and sacred responsibility.

Utah would finally become a state in 1896 after several legal battles and major changes in the Church. The 1889 Official Declaration was a major step in this process that included the formal end to polygamy in 1890 and the Political Maifesto in 1896. An article published by the Church summarizes this history:

Beginning in the 1890s, Church leaders began to scale back their participation in political office. By the late 20th century, the Church had adopted a position of political neutrality toward elections. According to policy, the Church did not endorse or oppose political parties, candidates, or platforms, and its buildings and membership lists were prohibited for partisan political uses. Individual Latter-day Saints, however, were encouraged to participate in the political process as voters, candidates, and elected officials. The Church’s position of political neutrality was heavily influenced by the Church’s engagement with politics in the United States.

[Featured Version] Sometime after its original publication, the 1889 Declaration was published in pamphlet form for wider distribution, in conjunction with Official Declaration--1, the “Manifesto” marking the beginning of the end of the practice of plural marriage in the Church:
https://catalog.churchofjesuschrist.org/assets?id=5ebd9595-9c60-42a6-b48d-4e47512e8570&crate=0&index=0