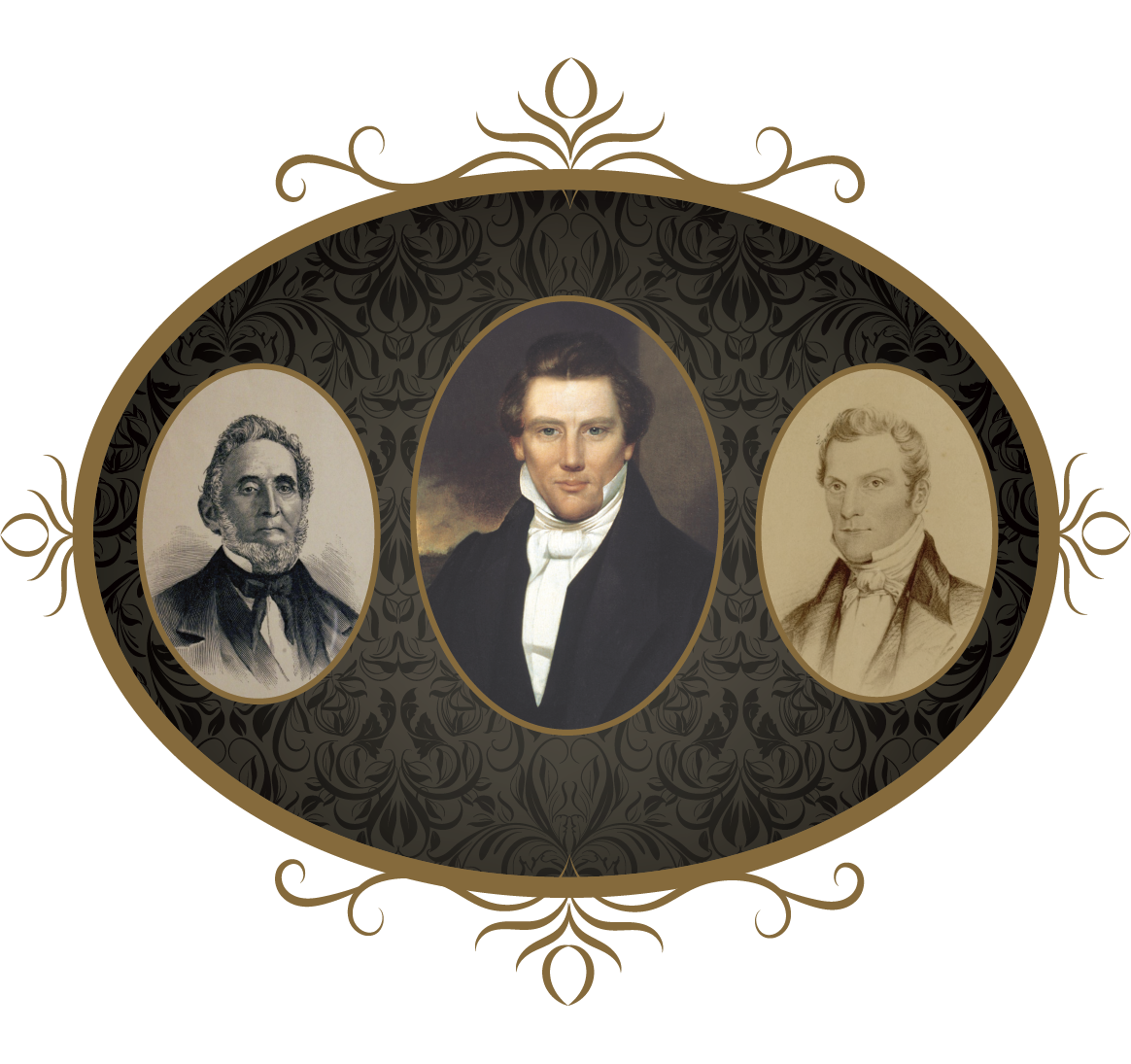 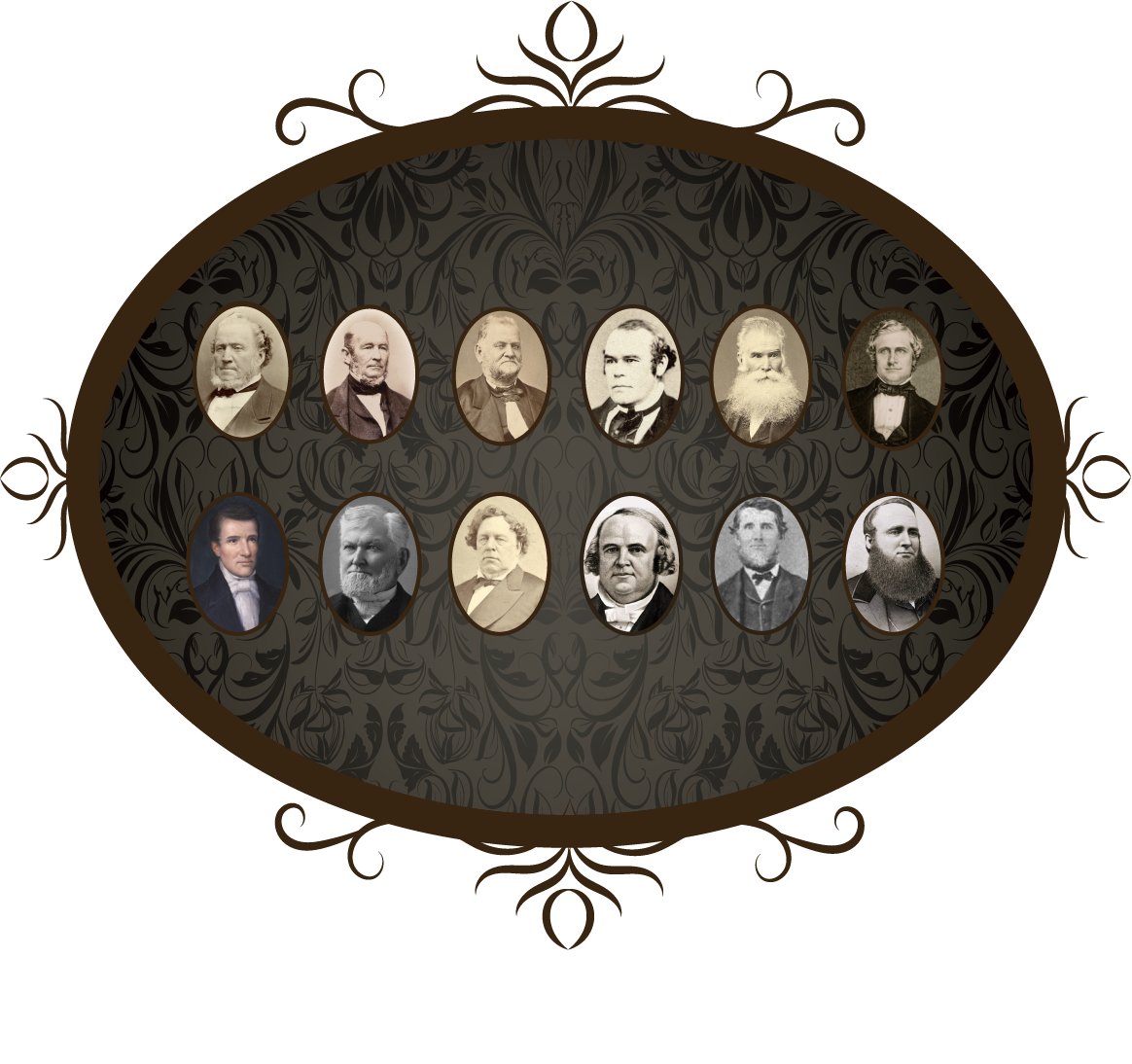 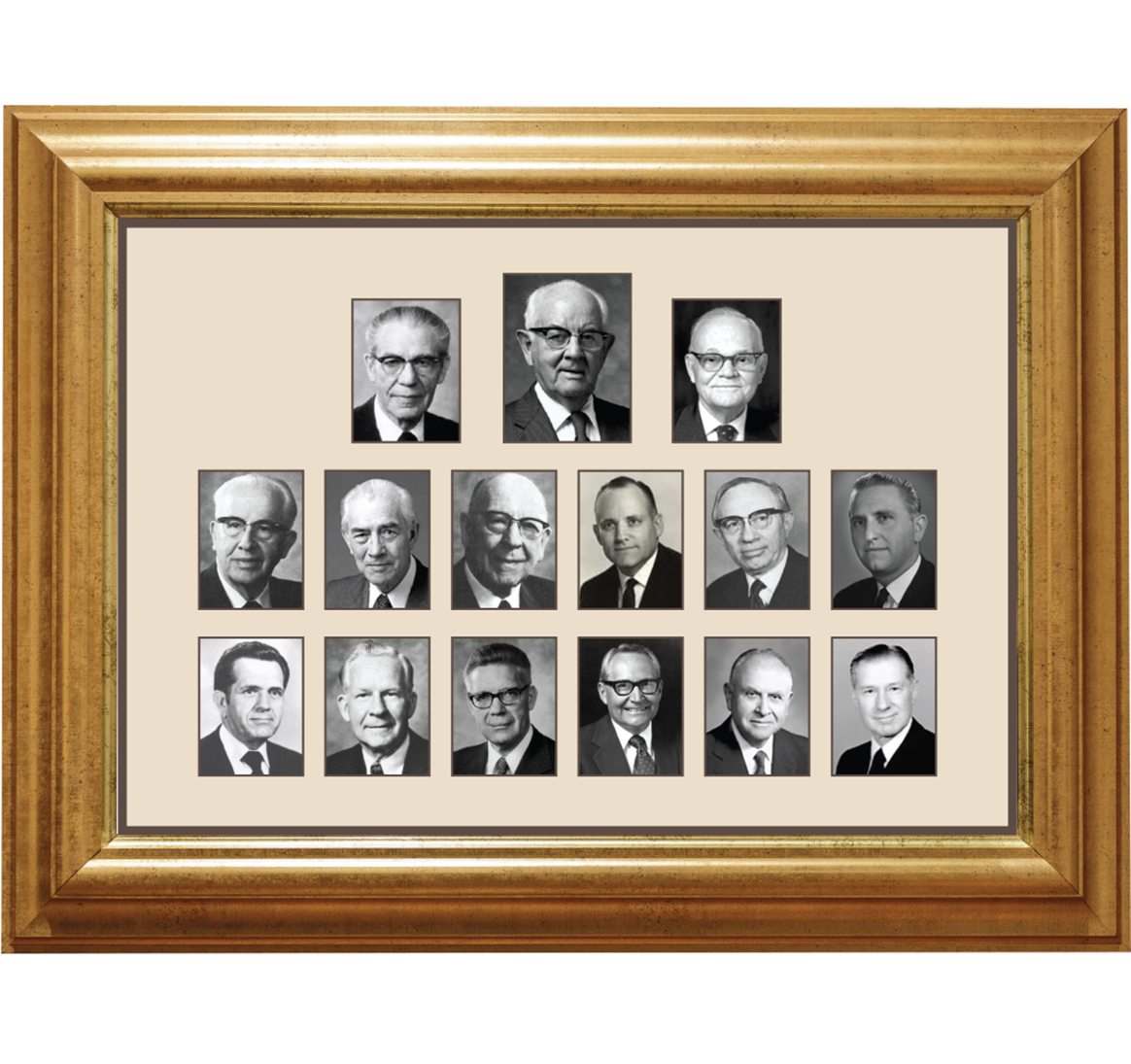 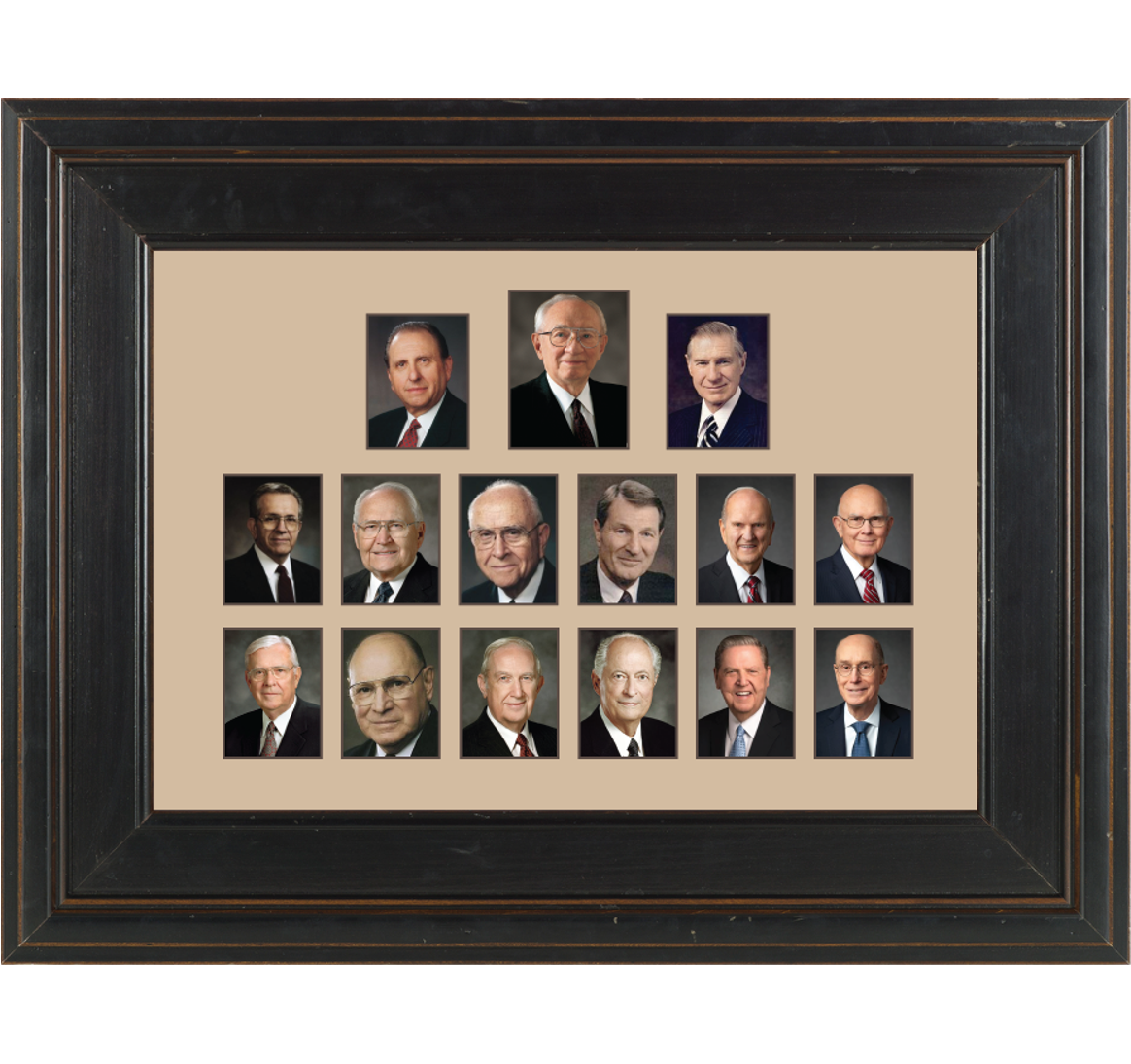 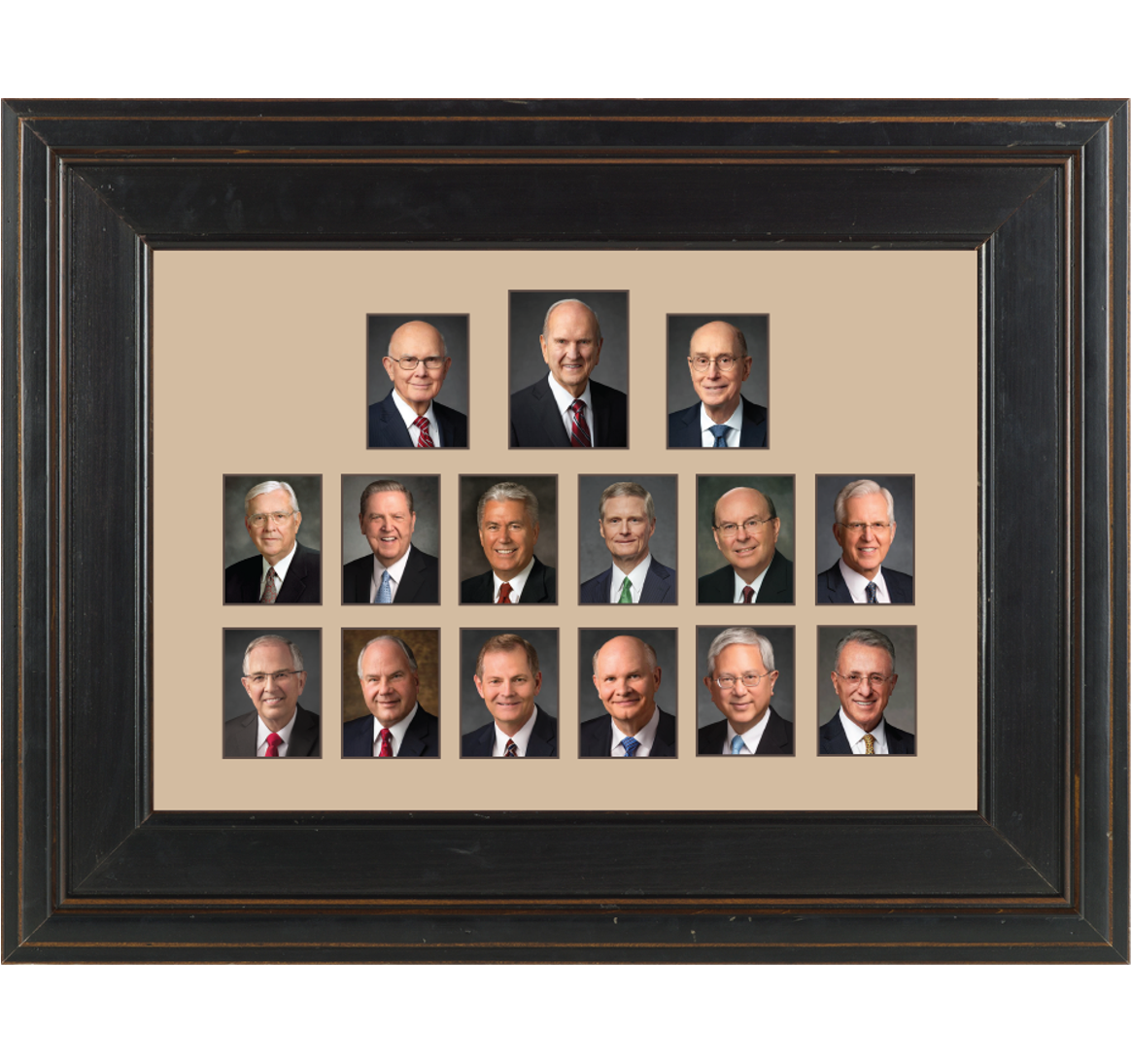 Welcome to Oracles of God

The Church of Jesus Christ of Latter-day Saints believes and proclaims that a loving Heavenly Father has always called prophets on the earth. He has given them special authority and spiritual gifts that enable them to receive and reliably communicate the mind and will of God to His children collectively. It is the same in our day. To Joseph Smith, Jesus Christ “committed the keys of my kingdom, and a dispensation of the gospel for the last times”1 and bestowed upon him “all the gifts of God which he bestows upon the head of the church.”2 Joseph Smith was instructed by the Lord to call others to receive this authority and these gifts as well. He initially called two counselors, Sidney Rigdon and Frederick G. Williams, who were “accounted as equal with [Joseph Smith] in holding the keys of this last kingdom.”3 These three men formed the quorum of the First Presidency,4 “the highest council of the church” who were thus commissioned “to receive the oracles5 for the whole church.”6 Later, Joseph Smith was also instructed to call and organize a Quorum of Twelve Apostles.7 Eventually, they also were given the same authority and keys, making them “a quorum, equal in authority and power to8” the First Presidency. It is through the Quorum of the Twelve Apostles that provision is made for succession after the death of each President of the Church.9 Thus, the authority, keys, and spiritual gifts have been passed down in direct succession from Joseph Smith to the current First Presidency and Quorum of the Twelve Apostles today. Members of The Church of Jesus Christ of Latter-day Saints consider it a great blessing to be led by these fifteen men, whom they accept and sustain as prophets, seers, and revelators.10

The Church holds that the core collection of the revelations that God has given to prophets throughout the ages for the benefit of His children are found in the canonized scriptures, also known as the standard works.11 Additionally, Latter-day Saints believe that God continues to give revelation for the Church and the world through His duly appointed prophets, seers, and revelators, and that “whatsoever they shall speak when moved upon by the Holy Ghost shall be scripture, shall be the will of the Lord, shall be the mind of the Lord, shall be the word of the Lord, shall be the voice of the Lord, and the power of God unto salvation.”12 As king Jehoshaphat testified to his people in ancient times, so the Latter-day Saints affirm that as they “believe in the Lord [their] God, so shall [they] be established; [and as they] believe his prophets, so shall [they] prosper.”13 Those who receive and live by the “oracles of God” that come through the Lord’s modern servants will not “stumble and fall when the storms descend, and the winds blow, and the rains descend, and beat upon their house”14 nor be “moved out of their place.”15

Thus, the instruction, direction, and counsel that comes from the First Presidency and Quorum of the Twelve Apostles is of great interest and importance to followers of Jesus Christ everywhere. Elder Neil L. Andersen, of the Quorum of the Twelve Apostles, explained: “There is an important principle that governs the doctrine of the Church. The doctrine is taught by all 15 members of the First Presidency and Quorum of the Twelve. It is not hidden in an obscure paragraph of one talk. True principles are taught frequently and by many.”16 Much of this instruction comes in talks given in the annual and semi-annual conferences of the Church. Some of it has come through “formal written proclamations, declarations, letters, and various public announcements. These have been addressed sometimes to the members of the Church (as a type of general epistle) and sometimes to the public at large. All such declarations have been solemn and sacred in nature and were issued with the intent to bring forth, build up, and regulate the affairs of the Church as the kingdom of God on the earth. Subject matter has included instruction on doctrine, faith, and history; warnings of judgments to come; invitations to assist in the work; and statements of Church growth and progress.” 17 Elder David A. Bednar, of the Quorum of Twelve Apostles, reinforced the importance of these formal public statements when he wrote: “The doctrines of the restored gospel are found in the standard works of The Church of Jesus Christ of Latter-day Saints, in the teachings of the living prophets and apostles, and in the authorized declarations and proclamations of the First Presidency and the Quorum of Twelve Apostles.”18

The documents on this web site have been assembled to provide convenient access to this inspired counsel from the Lord’s servants. Given that there is a rather large number of documents issued by the First Presidency and Quorum of the Twelve Apostles since the beginning of the Church’s history in this dispensation, several criteria were used in deciding which documents to include here. The first criterion was authorship. Documents that were issued by the combined council of the First Presidency and Quorum of the Twelve Apostles received highest consideration. Other significant documents issued by either the First Presidency or the Quorum of the Twelve Apostles were also considered.19 The second criterion was that the document could not currently be a part of the Latter-day Saint canon of scripture. Being already included and readily available in the standard works, there was no recognized need to include them in this collection. Third, documents had to be intended for a broad audience, either for the general membership of the Church or for people of the world at large; thus, documents written for specific groups (i.e. General Authorities, local priesthood leaders, etc.) were not included. Documents published through official Church publications (i.e. Improvement Era, Ensign, etc.) received highest consideration. Included in this criterion was how widely the document was disseminated or intended to be distributed. Some evidence for how documents met this criterion can be found in the Extant Documents section for each document. Finally, to be included in this collection, it also had to be shown that the document had and continues to have a significant impact for Latter-day Saint belief and/or practice. Items that were reprinted or referenced repeatedly over time since their original issuance received highest consideration. Some evidence for how documents met this criterion can be found in the Commentary and Impact section for each document.

We hope that all who study the messages from the Lord’s servants in this collection will be informed and inspired in their own personal spiritual journey to come to the living God, the Father of us all.

This project would not have been possible without the support and hard work of many people. Ryan Gardner was the principal researcher, content creator, editor, and production supervisor. Without the talents and gifts of many research assistants—Noah Chain, Charles Johnson, Luke Phillips, Kassidee Oakeson, Samantha Eitelgeorge, and Ray VanSteensburg—this project would have been unfeasible and much less enjoyable. Likewise this digital collection would not have come to fruition without Gianna Echegaray, who did all the web design and uploaded all of the content. Hannah Gardner helped us initially think through the web design features and layout. Thanks to Tim Tanner for his support in allowing Allison Eager to contribute her time to produce the photograph ensembles for each of the documents. Special thanks to Adam Luke, Special Collections & University Archivist, and the rest of the administration of the McKay Library for agreeing to host this digital collection of these inspiring documents in the McKay Library Special Collections. Thanks also to Hunter Desotel for helping to manage the metadata for the images and other documents used in this collection. And finally, special thanks to Brian Passantino and James McDonald and the rest of the staff at the Church History Library for all their help with research, digitization, and necessary copyright permissions.