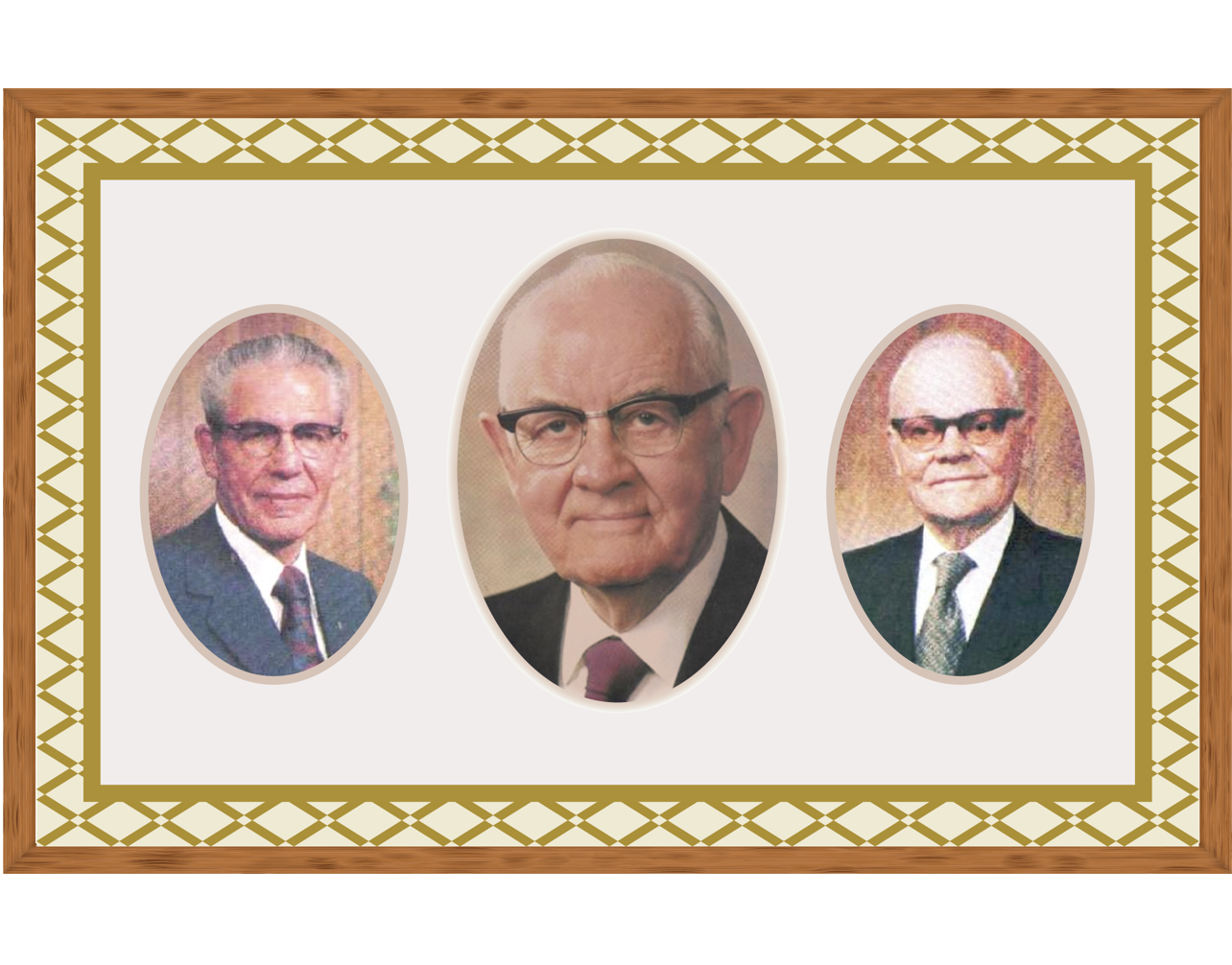 When The Church of Jesus Christ of Latter-day Saints was restored to the earth in 1830, there were approximately one billion people living on the earth. By 1978, over four billion people inhabited the world. In 1830, people mostly traveled long distances by carriages and wagons drawn by horses, oxen, and mules, or by watercraft. By 1978, there were 39,412 miles of interstate highways, over 90% of the current infrastructure.1 In the same year, 274,719 Americans traveled 226,781,368 miles in airplanes.2 Even the moon had been visited by astronauts from earth on July 20, 1969.3 Increased mobility rates meant that people all over the world were traveling to other countries and cultures and interacting with political, economic, and religious worldviews different from their own. With this dramatic shift in the “shrinking of the world” and the cross-cultural exchanges that inevitably accompanied this phenomenon, many people became increasingly interested in studying the religions of the world. Universities and colleges in the United States began to establish departments for religious studies in the 1950s and 1960s.4

By the end of 1977, The Church of Jesus Christ of Latter-day Saints had 3,966,000 members worldwide5 and was experiencing an era of accelerated growth.6 An increasing number of these individuals and families had come from religiously and culturally diverse backgrounds. As the Church was growing rapidly in other countries, President Spencer W. Kimball inaugurated a global ministry for himself and his counselors unequaled by any previous First Presidency. From 1975-1981, sixty area conferences were held around the world with each conference being presided over by a member of the First Presidency, consisting of President Kimball, N. Eldon Tanner (1st Counselor), and Marion G. Romney (2nd Counselor).7 The First Presidency dated this statement February 15, 1978, and it was sent to select mission presidents around the world, particularly those working in countries where Christianity was not a prominent or majority faith.8 Although not immediately available in any Church publications, it was published as the frontispiece in Spencer J. Palmer’s The Expanding Church, published by Deseret Book Company later in 1978.9

Current research has uncovered little about the direct background and reasons for the 1978 Statement. Edward Kimball, son and biographer of Spencer W. Kimball, suggested that this Statement may have been issued because “Church members sometimes use the scripture phrase ‘the only true and living church’ (D&C 1:30) to justify their disapproval of other religions.”10 From the time that the Prophet Joseph Smith announced that the Lord told him in his inaugural theophany that the creeds of other Christian denominations “were an abomination in his sight,”11 some members of the Restored Church have sometimes misused this and other scriptural passages to errantly declare that other religions are void of any truth.12 However, other scriptural passages--sometimes in the same revelations13--show that a loving Heavenly Father gives light and truth to all people. The First Presidency clarified in this 1978 Statement that, “The great religious leaders of the world...received a portion of God’s light. Moral truths were given to them by God to enlighten whole nations and bring a higher level of understanding to individuals” (Statement, p. 1).

Similarly, Edward Kimball also posited that at a time when the Church was continually expanding into new areas of the world, this Statement “positioned the Church to establish more cordial relations with the Islamic and Far Eastern worlds.”14 This Statement begins with the declaration that “all men and women are brothers and sisters...by blood relationship from common mortal progenitors…[and] literal spirit children of an Eternal Father” (Statement, p. 1). It also concludes by positively affirming that “regardless of religious belief, race, or nationality... we are truly brothers and sisters because we are sons and daughters of the same Eternal Father” (Ibid.). Additionally, as the Church continued to face allegations of bigotry and racism due to the policy of withholding priesthood ordination and temple ordinances from individuals of African descent, this statement also declared that God was at the helm, and that He “has given and will give to all peoples sufficient knowledge to help them on their way to eternal salvation” (Ibid.). Interestingly, this Statement came just four months before the First Presidency announced that the priesthood restriction was lifted.15

Finally, this Statement also reinforced a long-standing belief of Latter-day Saints that the duration of one’s mortal life did not necessarily conclude one’s opportunity to receive all the truth necessary to receive a fulness of salvation, or exaltation. While this life is a critical time “to prepare to meet God,”16 Latter-day Saints also believe that people who did not have a fair and just opportunity to receive the fulness of the Gospel in this life, for reasons beyond their control, have the assurance that such opportunities will be afforded them in the after life.17 Thus, ultimately God will provide each of His children with the opportunity to receive exaltation “either in this life or in the life to come” (Statement, p. 1).

As the Church entered a remarkable era of expansion and growth around the world, this Statement from the First Presidency served to bolster Latter-day Saints’ affinity for all mankind as their brothers and sisters in the family of our Heavenly Father. Those who see God as “the Great Parent of the universe”18 will be able to see evidence of God’s loving guidance among all of His children suited to their capacities and circumstances19 and rejoice in His wonderfully inclusive plan for the salvation of all His children.

In 1983, Elder Carlos E. Asay, of the Presidency of the First Quorum of the Seventy, addressed a symposium held at Brigham Young University. The topic of the symposium was intersections between The Church of Jesus Christ of Latter-day Saints and Islam. Elder Asay read from the 1978 Statement and then said:

This profound and inspired statement is pregnant with eternal truths. It speaks of the fatherhood of God, the brotherhood of man, revelation, prophets, knowledge, salvation, love, and other concepts worthy of our study…It is apparent... that Muslims and Mormons have much in common as their basic tenets of faith are compared. Quite obviously, God’s love for both peoples has been expressed abundantly through the revealed word. Both peoples have been blessed to drink living waters from the divine fountain of eternal truth.

Sometimes, the Church of Jesus Christ of Latter-day Saints is accused of claiming a monopoly on truth and happiness. This misunderstanding comes from the true claim that the Church is “the only true and living church upon the face of the whole earth” (D&C 1:30). In a 1988 Ensign article, R. Lanier Britsch, then the academic Vice President for BYU-Hawaii, responded to this misunderstanding by quoting the 1978 Statement and writing:

In the October 1991 General Conference, President Howard W. Hunter, of the Quorum of the Twelve Apostles, quoted from the 1978 Statement, and shared this important principle about seeking truth:

Latter-day Saints have a positive and inclusive approach toward others who are not of our faith. We believe they are literally our brothers and sisters, that we are sons and daughters of the same Heavenly Father. We have a common genealogy leading back to God. But more than that, we also seek the true and the beautiful wherever it may be found. And we know that God has blessed all his children with goodness and light, in accordance with the conditions in which they find themselves.

Robert L. Millet, who previously held the Richards L. Evans Chair of Religious Understanding, has done extensive interfaith work during his long career. In a 1996 article in the Ensign, Brother Millet quotes from the 1978 Statement as he summarized the wide scope of the Gospel plan for all of God’s children:

Christ’s gospel is eternal. It was delivered to earth’s inhabitants in the beginning. It has been preached through the ages by Christian prophets who knew their Lord and sought to be true to divine covenants and ordinances. In The Church of Jesus Christ of Latter-day Saints we attend to sacred matters, matters that are ancient and eternal, matters that were discussed and foreordained from before the foundations of the world, matters that will prepare this earth to abide the coming of the King of Kings. Latter-day Saints believe what the former-day Saints believed. The covenants we make and the ordinances we perform link us to the past and point us to a glorious future. God loves all men and women and is eager to enlighten them in whatever ways he can. We rejoice in our Father and God, and we rejoice in the knowledge that we are all part of the royal family.

Elder M. Russell Ballard made this powerfully succinct statement after reading a significant portion of the 1978 Statement:

That is our doctrine—a doctrine of inclusion. That is what we believe. That is what we have been taught. Of all people on this earth, we should be the most loving, the kindest, and the most tolerant because of that doctrine.

President James E. Faust, of the First Presidency, taught that we can believe that truth is not limited to the Latter-day Saints while also believing that “through the Atonement of Christ, all mankind may be saved, by obedience to the laws and ordinances of the Gospel” (Articles of Faith 1:3). In conjunction with the 1978 Statement, President Faust wrote:

When the 1978 Statement was released, the First Presidency consisted of Spencer W. Kimball, N. Eldon Tanner, and Marion G. Romney. While we don’t know much about the motivation or intention behind the Statement, we do have this from a biography of President Kimball, written by his son, Edward L. Kimball:

Although only pre-Restoration figures are named, there is no reason to think the statement would not apply to non-Christians and non-Mormons today. To receive “a portion of God’s light” does not require that no greater truth was available--Mohammed knew Christianity yet did not embrace it. These words encourage tolerance for those who embrace such truth as is available to them and also for those who embrace as much of the available truth as they are able to understand.

President James E. Faust, of the First Presidency, who had previously written about the 1978 Statement in 2002, quoted it again in his April 2006 General Conference address, and said:

As members of The Church of Jesus Christ of Latter-day Saints, we care about all of God’s children who now live or who have ever lived upon the earth… I wish to testify today of the fulness of the restored gospel of Jesus Christ, which adds to the religious beliefs of other denominations, both Christian and non-Christian.

In writing about how Latter-day Saints concepts of the great apostasy have evolved over time, Miranda Wilcox, assistant professor of English at Brigham Young University, and John D. Young, assistant professor of history at Flagler College, suggested what Church members might learn from the 1978 Statement as they interact with members of faiths that originated during the time period between the great apostasy and Restoration of Christ’s Gospel:

Numerous principles in the 1978 statement may aid in the construction of an inclusivist LDS theology of religions— most notably the idea that God reveals “moral truths” beyond the revelatory confines of The Church of Jesus Christ of Latter-day Saints or even the Judeo-Christian tradition. If, as the statement suggests, such truths are the products of divine revelation, they deserve to be respected and studied within their own scriptural traditions.

Daniel C. Peterson, Professor of Islamic Studies and Arabic at Brigham Young University, wrote an article in the Deseret News about the 2015 Parliament of the World’s Religions, which was held in Salt Lake City, Utah. In his article, Dr. Peterson notes how perfectly this event represented everything that the 1978 Statement stands for:

“There’s a wideness in God’s mercy,” begins one 19th-century non-Mormon hymn. Mormonism’s openness to other faiths and its belief in postmortem evangelization and salvation clarify and manifest that wideness — and are surely among the most satisfying of the many gifts of the Restoration.

[Featured Version] Statement of the First Presidency regarding God's love for all mankind [Salt Lake City]: [The Church of Jesus Christ of Latter-day Saints], 1978,