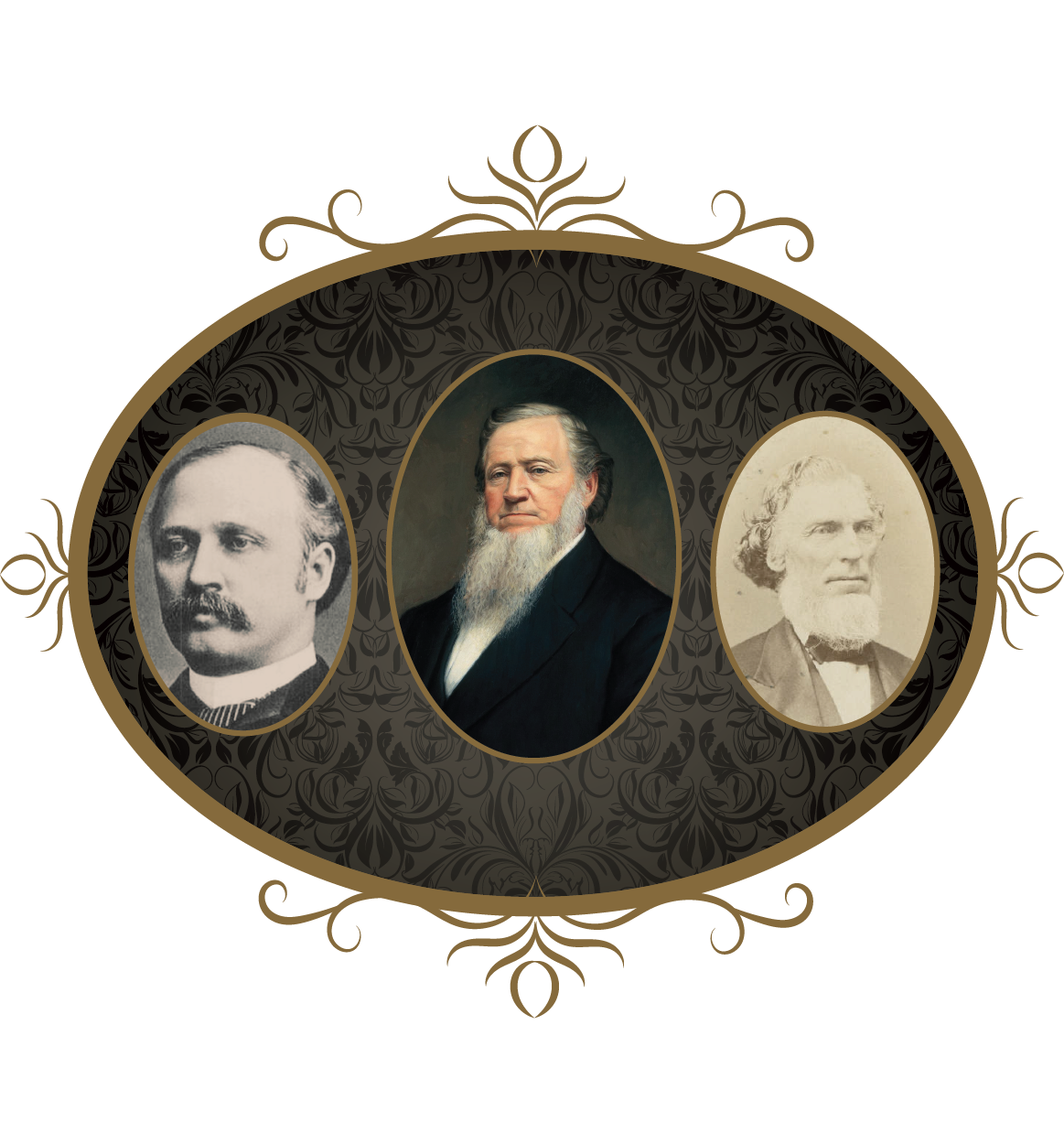 After eight years, the Presidency of Ulysses S. Grant came to an end in 1877. With it came the end of the “reconstruction era” via the “compromise of 1877.”1 The first transcontinental railroad had been finished in 1869, completely transforming travel and commerce in the United States. Lieutenant-Colonel George Custer had died at the Battle of the Little Bighorn in the summer of 1876, but armed conflict with Native Americans continued throughout the West. The first telephone was installed in Massachusetts in April 1877, and Thomas Edison announced the invention of the phonograph in November.

By 1877 there were 38 states in the United States, including several states near and to the west of the Utah territory, such as Colorado, Nevada, California, and Oregon. The territory of Utah had applied for statehood several times, but had been denied by Congress mostly on account of the plural marriage issue.2 Nevertheless, Utah was a rapidly growing territory. Brigham Young arrived in the Great Basin with a vanguard wagon company of 148 people in 1847. Just over two decades later, in 1870, there were 86,336 people in the Utah Territory, most of whom were members of The Church of Jesus Christ of Latter-day Saints. The Church reported a membership of 115,065 in 1877 living in hundreds of settlements in the Rocky Mountain region and eight organized missions throughout the world, primarily in Europe.

This remarkable growth of the Church undoubtedly contributed to the need for this 1877 Circular of the First Presidency3, issued by Presidents Brigham Young, John W. Young4, and Daniel H. Wells.5 Although there were only twenty “stakes of Zion” at the time (all within the United States),the first item of business clarifies emphatically that “the presidency of the various Stakes will have the general supervision of all matters pertaining to the church within the limits of their Stakes.” Everyone living within the boundaries of said stake “should be governed in all righteousness by that presidency” (Circular, p. 1), which would no longer include members of the Quorum of Twelve Apostles. The need for more localized leadership had intensified as the Church grew in population and expanded geographically. Stake and ward leaders were also encouraged to be more vigilant in maintaining religious discipline among members of the Church within their jurisdictions. Although not inaugurating another Reformation like that of the 1850s, the First Presidency was exhorting the Saints to cultivate lives of righteousness and holiness. The Circular contained additional instructions for bishops (including clarifying the office of Presiding Bishop in the Church), quorums, ordination procedures, conferences, Sunday Schools for children, managing tithes and other offerings, and keeping membership and historical records. Although some young men had been ordained to priesthood offices prior to 1877, this Circular was a major turning point in the history of the Church with this recommendation: “It would be excellent training for the young men if they had the opportunity of acting in the offices of the lesser priesthood. They would thereby obtain very valuable experience, and when they obtain the Melchisedec priesthood they would be likely to place a higher value upon it” (Circular, p. 4).6 Acknowledging the importance of women in the core work of the Church, President Young also organized the first stake Relief Society just eight days after this Circular was issued.7

The First Presidency Circular also included extensive instructions on more temporal matters, such as the education of children and youth (by teachers “imbued with a love of Zion” [Circular, p. 5]), vocational training for young adults, management of resources (including a call for more local industry and manufacturing), food storage, the need to beautify their homes and communities, and a call for the Saints to become more cooperatively self-reliant as a people, referring specifically to the “principles of the United Order” (Ibid., p. 7).8 All instruction in this Circular is best understood in context of the First Presidency’s ultimate conviction: “We have Zion to build up, and this should call into active exercise all the talent and energies of the Latter-day Saints. In building it up we build up ourselves. To advance its interests should be the aim of all our lives. To do this in the best manner should be the constant study and effort of every Latter-day Saint” (Ibid., p. 7). They invited all Latter-day Saints to “take part in bringing [Zion] about” and warned that “One of the great hindrances in the way of our accomplishing this great work is selfishness--a narrow, contracted, self-defeating selfishness.” Echoing the words of Joseph Smith who said, “we ought to have the building up of Zion as our greatest object,”9 the First Presidency reaffirmed: “Zion should be the first consideration” (Ibid., p. 8).

Knowing that the Church needed to be organized and operating in an efficient manner to facilitate the great work of establishing Zion and building the Kingdom of God on earth preparatory to Jesus Christ’s triumphal return, the First Presidency declared that with the “organization of the Stakes and Wards in which we are now engaged we hope to see a great improvement in all of these matters” (Circular, p. 8). Regardless of the form and efficiency of ecclesiastical structure, however, officers in the Church of Jesus Christ must be His disciples who lead in His way in order to access His power. Thus, the First Presidency concluded by emphasizing that “all the officers of the church should constantly keep in mind” (Ibid., p. 9) the counsel and teachings of the Prophet Joseph Smith found in one of the recently canonized revelations in the Doctrine and Covenants, now known as D&C 121:34-46, thus quickly elevating this passage of scripture as an essential leadership text for all officers of the Savior’s Church.

The impact of Brigham Young's vision in issuing this 1877 Circular, with his work on priesthood reorganization which occurred throughout the Church, was described by Elder George Q. Cannon:

This overview from the Church History in the Fulness of Times Student Manual succinctly summarizes the immediate ecclesiastical impact the 1877 Circular had. It also notes how these changes were an impressive conclusion to Brigham Young’s tenure as President of The Church of Jesus Christ of Latter-day Saints:

Brigham Young directed a major priesthood reorganization and reform throughout the stakes in 1877. New stake presidencies were called in nearly every stake, and the number of stakes was increased from thirteen to twenty. To clarify leadership responsibilities on the local level, the “Circular of the First Presidency, July 11, 1877” and later messages instructed that all bishoprics were to be composed of three high priests, and that the bishops were to be the presiding high priests in their respective wards in addition to being responsible for taking care of temporal needs. Bishops were to begin handling temple donations, and their responsibility to preside over the Aaronic Priesthood quorums was reemphasized.
More young men were to be called into Aaronic Priesthood quorums and trained. Elders quorums were to be organized with ninety-six elders in each, even if it meant that the men came from several wards to form a quorum. Seventies were to meet only for missionary purposes. High priests were a stake quorum and were not to meet on a ward basis. Stake presidents were to hold quarterly conferences and monthly priesthood meetings. The priesthood leaders were to see that Sabbath meetings, Sunday Schools, YMMIA, and YWMIA were held in each ward. The priesthood reorganization movement is a monument to Brigham Young. This action has been viewed as his last major achievement as the Lord’s prophet on this earth.”

Just a few days after the publication of the 1877 Circular, President George Q.Cannon referred to it in an article he wrote in the Juvenile Instructor. The article, which focused on how Sunday School could strengthen resolve to live the Word of Wisdom, indicated that the ongoing restructuring efforts would be a great boon to the power of the Sunday School organization in achieving this goal:

The Sunday schools are capable of accomplishing a great deal in [encouraging students to live the Word of Wisdom], and now that the Wards and settlements are being organized more completely and an increased interest is being awakened in regard to our religious duties, we hope this subject will receive greater attention.

The death of Brigham Young did not slow down the work began by the 1877 Circular. In fact, Church leaders would frequently look back to it for guidance during the following apostolic interregnum. In an October 6, 1880, draft of a circular from the Quorum of Twelve Apostles (never distributed as far as we know), they spoke of the July 1877 Circular:

In the Circular of the First Presidency, published July 11th, 1877, will be found nearly all the great fundamental principles, necessary to the organization and government of the Stakes of Zion. Yet as time passes and the settlements enlarge, and the inhabitants of Zion spread forth into other territories, new circumstances arise, calling for still further counsel from the general authorities.

This article by D. Gene Pace examines the role that traveling and regional bishops filled in Church administration during the second half of the nineteenth century. As explored in the article, the 1877 Circular abolished the position of “regional presiding bishops” (a calling different from regional bishops), but it also opened the way for “bishop’s agents”. One early account of this change comes from George W. Bean, who is called as a bishop's agent shortly after the Circular was released. Bishop Bean’s own record shows that the Saints may have still been working out some of the terminology following the release of the Circular:

In July, President Young and Counselors directed the more perfect organization of Sevier Stake, and many changes and additions were made in the governing Priesthood. Apostles Orson Hyde and Erastus Snow came and set everything in working order. . . . I was ordained and appointed Bishop Edward Hunter’s financial agent for this Stake with instructions to see that all tithing matters such as grain, hay, and all kinds of produce shall be more properly cared for. I was set apart by Apostle Orson Hyde as a Stake Presiding Bishop, in this special calling.

James R. Clark spoke of the historical significance and lasting impact of the July 1877 Circular:

This is probably one of the most historic documents in Mormon history. It marked a turning point in the organizational pattern of the Church of Jesus Christ of Latter-day Saints. Up to this point members of the Quorum of the Twelve Apostles had presided over the major geographical areas of Mormon settlements. During the last few months of his life (April to August 1877) Brigham Young set in order the quorums of the priesthood and organized and re-organized the existing stakes of Zion.

[Featured Version]The 1877 Circular was published for distribution as a pamphlet in Salt Lake City, Utah Territory. This version is located in the Special Collections of the McKay Library at Brigham Young University-Idaho:
https://archives.byui.edu/s/public/item/12169

The 1847 Epistle was originally taken to St. Louis, Missouri (approximately 430 miles southeast of Winter Quarters), where it was published in mid-January 1848:
https://contentdm.lib.byu.edu/digital/collection/NCMP1820-1846/id/17390/

Another copy of the original 1877 Circular pamphlet can be found on Archive.org:
https://archive.org/details/circularoffirstp00unse